Check out my Southland Times column from September 2.

New Zealand’s history books are filled with free and open debates on issues that are of the utmost importance to our communities.

Our country has a proud democratic history and having our say is a part of our way of life.

Right now there is plenty of conjecture around the Government’s Three Waters Reforms and rightly so.

But that conversation hasn’t been free and open.

At the moment almost all the discussion around the massive changes to New Zealand’s community drinking water, wastewater and drain water assets has been held in the media.

At last count 22 of 28 South Island councils have called for a pause on the 3 Waters reform process.

That number includes every relevant local government body in Otago and Southland.

Councils across New Zealand are making their stances public through news reports and interviews in an effort to be heard because the Government isn’t listening to their concerns.

That’s despite the bill for the implementation of the 3 Waters reforms being estimated to be between $120 billion to $185 billion.

The combined voices of our councils say they don’t have enough information on why they should hand over ownership of all of their water assets to an entity that stretches towards the top of the South Island.

Councils have also said they feel the Government is rushing them through the reform process.

That combination is a recipe for disaster, especially considering what is at stake - a once in a generation change.

The answer is simple.

The Government must hit pause on these landmark reforms and then address council concerns by engaging with them and the public in a free and transparent conversation on the merits of the 3 Waters Reforms.

The Local Government Act has a process to ensure democracy across New Zealand’s regions by making it a legal requirement for councils to consult their communities and their ratepayers on major changes to their priorities and their resources.

The Government’s handling of the 3 Waters process has ignored that legal requirement.

Pausing the 3 Waters process would allow councils to fulfil their legal obligations by giving them time to engage their communities.

The Government first has to give councils all the information they need, so that councils can have meaningful consultation with their communities.

Together with a proper dialogue from the Government, councils will be able to make informed decisions on the future of their water assets.

There should be no rush when it comes to implementing once in a generation change.

Taking a patient approach has the added benefit of allowing local government bodies to focus on what is most important right now.

New Zealanders have made huge sacrifices during Level 4 lockdown and the price individuals and businesses are paying will last many times longer than the two weeks that Southlanders were forced to stay at home and in their essential jobs.

Councils shouldn’t be spending the recovery period fighting the Government for a fair hearing over the ownership of water pipes and pumps.

Supporting communities and their local economies should be their focus right now, and the Government should give them the time and space to do so.

At the same time Government should also be focusing all of its efforts to protect our communities from the pandemic, rather than getting side tracked with yet another massive project.

MP for Southland Joseph Mooney says the Otago Regional Council’s (ORC) decision to seek more scientific advice before making crucial decisions about the future of the Manuherikia River is the right one.

ORC councillors have voted to seek more scientific detail on a range of factors, which will provide more information for the setting the river’s minimum flows.

Mooney says he applauds the councillors’ move to take a calm, well-rounded and science-backed approach before making crucial decisions about what he describes as an incredibly vital natural resource.

MP for Southland Joseph Mooney says discussions need to continue on the wide array of Government regulations set to significantly increase pressure on our farming communities.

Farmers took to the streets in a nationwide protest last month to voice their displeasure with the approach Labour and Greens Ministers have been taking with issues including water supply and services, water quality and biodiversity and vehicle taxation.

Mooney says after having their backs against the wall, the farming community has shown their resilience and renowned practical attitude by getting on with the job during New Zealand’s Level 4 Lockdown.

I hope you are safe and well and adjusting to life in Level 4 lockdown.

With confirmation that the Delta variant of COVID 19 is in New Zealand’s communities and with numbers growing since the discovery of the first case, decisive action was needed to prevent further community spread.

The Delta variant is very infectious and considering the travel movements of New Zealanders, there is a strong possibility that this strain could have made it to the South Island.

With our very low vaccination rates the only option was to go into lockdown.

Mooney urges southerners to look out for each other during lockdown

MP for Southland Joseph Mooney’s message to southern communities is to stay safe and look after each other following yesterday’s announcement of a three-day national lockdown.

Like the rest of New Zealand, the Southland Electorate moved to alert level four today following confirmation of a COVID19 case in the community in Auckland, which is suspected to be the highly transmissible Delta variant of the virus.

What a day it was after more than 12 months to welcome our neighbours from across the Tasman back to the south this month. While many family and friends have reunited, these flights have also brought with them hope for our hurting communities worst affected by Covid-19 like Te Anau and Queenstown.

Just like that and March has been and gone - a month filled with ups and downs. We changed alert levels, there was speculation a trans-Tasman bubble announcement was coming, only to be disappointed by an announcement about an announcement and the Government delayed implementing changes to the winter grazing rules until next year. On the ground in Southland, I’ve been right across the electorate with National Party branch AGMs and visiting various areas with my National colleagues. I can assure you we are working hard in Wellington to make sure your voices are being heard.

On another note, I'd also like to take this opportunity to wish you all a safe and happy Easter for this coming weekend. Enjoy the time with your family and friends and enjoy the long weekend if you can. A special mention to those of you who will be working this holiday period - I hope you will enjoy a well-deserved break soon too. 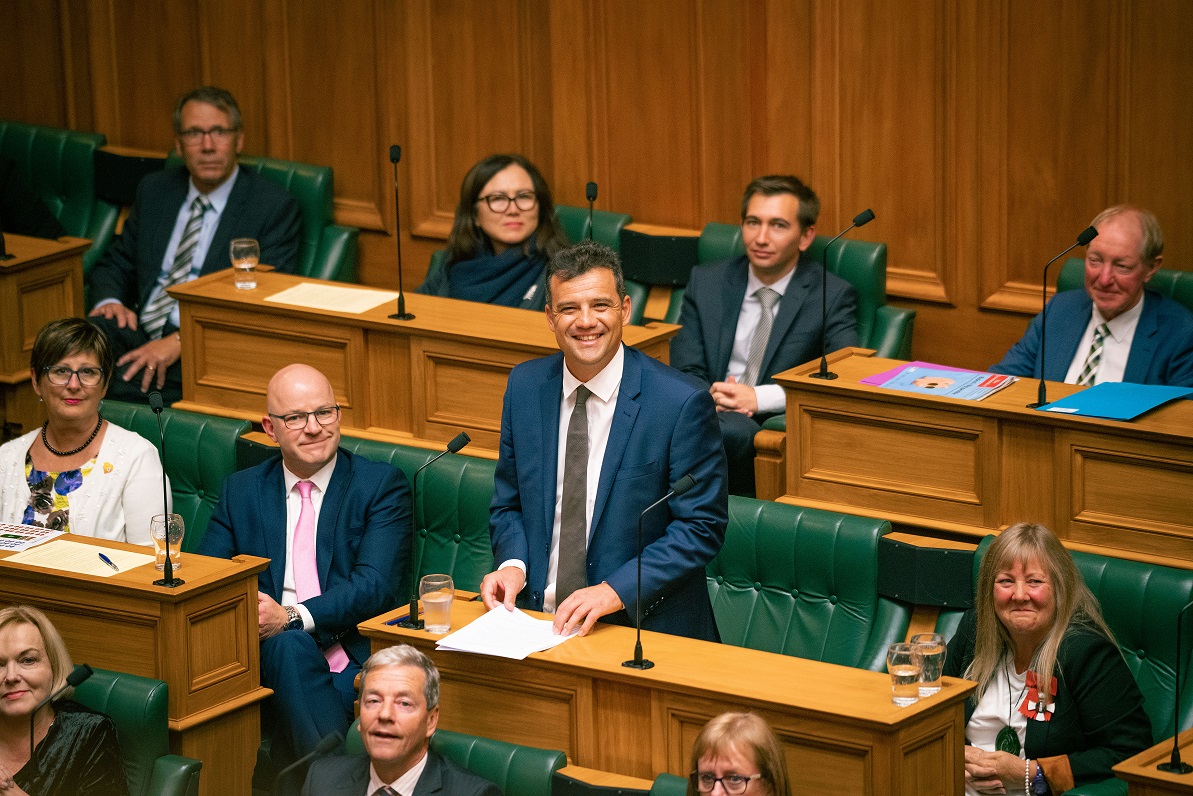 As the sun shines while I pen this newsletter, I look back on the month which has been full of ups and downs. With an array of wonderful events held throughout the electorate from A & P Shows to Waitangi celebrations, we’ve also had a timely reminder Covid-19 remains an ongoing battle in our country. The impacts of closed borders continue to be felt in Te Anau and Queenstown and will be felt for many months, if not years, to come.

We need to support these communities right now and help them get through the tough times. The reality is that if something is not done very soon to assist our small, family-run businesses which are reliant on the tourism sector, there won’t be any businesses around when international tourists do finally return. I’m advocating hard for these businesses in Wellington. If you haven’t already, I would encourage you to visit Te Anau or Queenstown for a holiday close to home this year and support these communities. 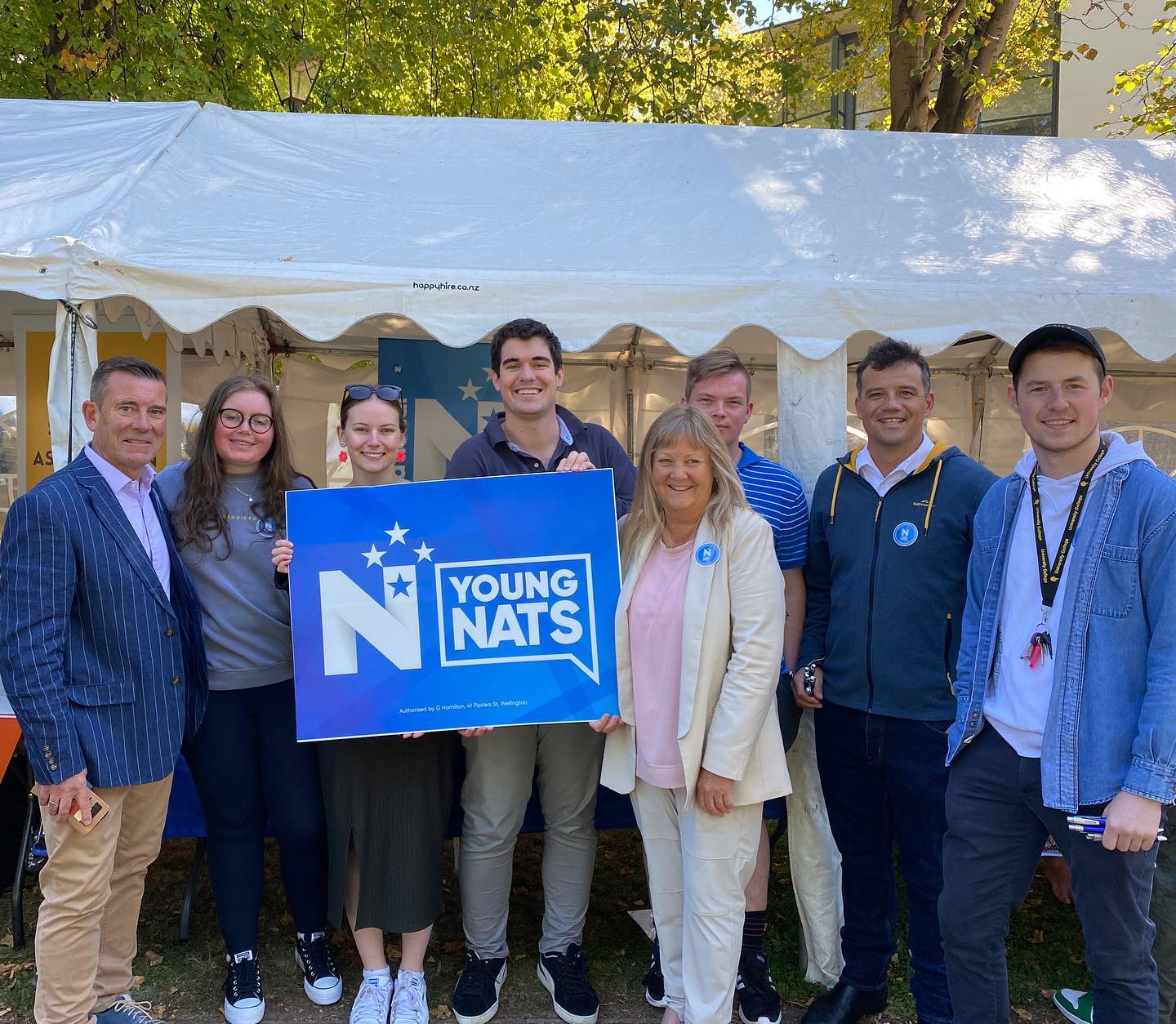 Happy New Year. With 2020 now behind us, many will be hoping it is onwards and upwards from here. I hope you all managed some family time over the festive period. I enjoyed getting out and about throughout the electorate over the past few weeks and it has been great to see some of you on my ventures. It’s been an interesting start to 2021 across the Southland electorate, with wild weather battering many, causing flooding and road closures. I hope those of you on farms have not been too adversely affected by the rain, as preparations for winter feed are well underway. I feel for those of you who are orchardists who have seen your crops destroyed or damaged but hope you are managing to recover in some way. Next week, I’ll be attending the annual Waitangi Day celebrations as National’s Spokesperson for Treaty Negotiations and then it’s back to Wellington for the first sitting week of the year. I’m looking forward to a busy year being a strong advocate for Southland. 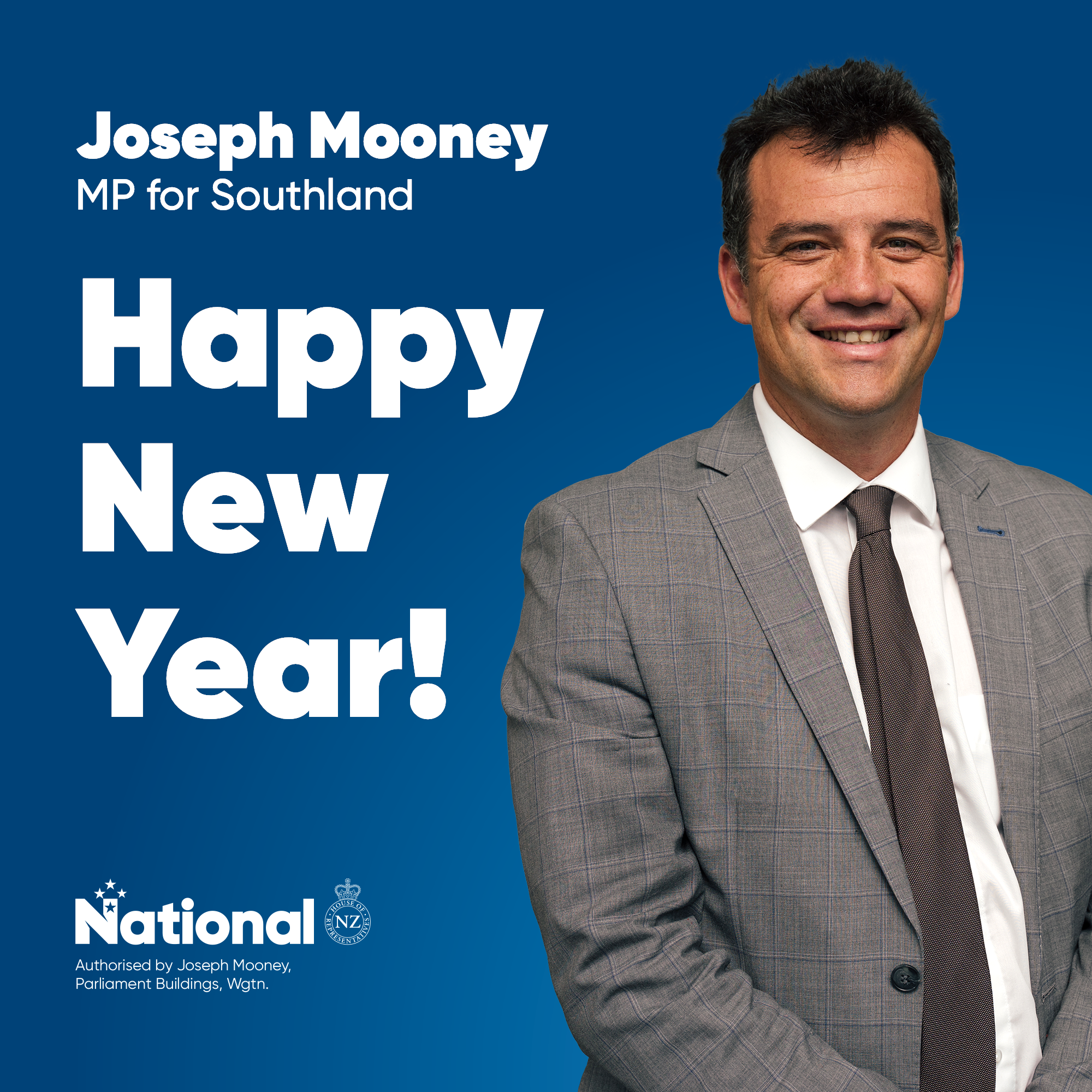 Happy Holidays! In the last newsletter for 2020, it is amazing to think in two days we will be celebrating Christmas. It’s been an incredibly busy month in the lead up to the festive season as the house has risen and I’ve had days throughout the electorate. From dealing with many immigration issues in Queenstown to the Government listening to our calls and announcing 2000 RSE workers will be allowed into New Zealand next year, to taking part in the Gore Santa parade and attending the Gore High School graduation – it’s been an eventful time.  As we wind down for 2020, I want to take this opportunity to thank you all for support since I was elected. I really couldn’t have done it without you. 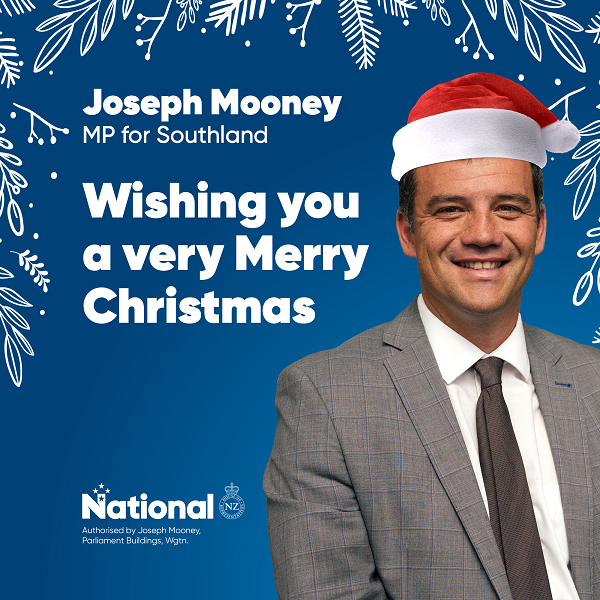